Wax weed products are taking the world by storm, straight out of America’s west coast. What is wax weed exactly though? Well first of all, a quick correction, it is generally just referred to as ‘wax’, but it is made from weed. Wax is really just one name for many forms of cannabis ‘concentrates’, which are exactly what they sound like. By compressing cannabis buds, or the crystal ‘kief’ substance on the flowers, you can concentrate the psychoactive cannabinoid THC into a smaller, more condensed form. This is essentially what is done when hash is made. Hash, however, is easy to make with very simple technology, or even just two human hands and prolonged pressure. Concentrates on the other hand utilize more intense heat and pressure to extract every last bit of THC into a thick and usually golden oil. Depending on how it is purged of foreign toxins, the end result is a golden and translucent substance that ranges in consistency from ‘wax’ to pure viscous oil, but no matter what form it takes, the THC content depends upon the craftsmanship put into its production. A ‘wax’ concentrate can be more or less potent than a pure ‘bho oil’, and vice versa. So how do you smoke these things? I’ll explain.

A ‘dab’ is what people usually call a hit of a concentrate. This can range in size between smokers of course, but generally it’s called a dab for a reason. Even the craziest of stoners don’t usually take more than a dime-sized hit of any kind of potent concentrate at once. With a THC content of up to 90%, you could be asking for some serious trouble by smoking too much of this stuff at once. A lot of people describe the first time they tried a dab as intense as the first time they ever smoked a whole joint with someone, but instead of creeping up on you over a good half hour, it hits you like a train in the face within as little as five seconds. I don’t mean to scare you though. Concentrates are great fun and, if you have self control anyways, a great way to spend less money on bud but get the same medication throughout your day. Just take it easy and be cautious, that’s all. Also, remember, next time you hear someone ask ‘what is wax weed’ let them know kindly it’s “wax”, not “wax weed”.

How to do a Clenbuterol Diet 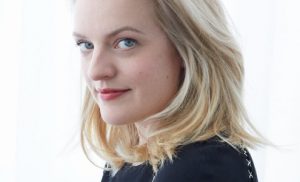